This game was like a capital constipation. Even against Budućnost it was less strain and struggle, though even that game was like a nodus haemorrhoidalis. But this one against the Poles... I bet right now the entire team stands in line at the team doctor’s waiting room and every player gets the most brutal laxative on prescription.
Let’s see what happened.
We needed almost 3 minutes for a 3:0 standing, and even this was brought in two parts. First a field goal by Birčević, then a one-from-two free throw by Karahodžić. The Polish team equalized in the 3rd minute (3:3). At 5 and a half minutes Zielona Gora was leading to 5:9. We lost the ball in such ways that was hair-raising. It means no comfort either that Poles were not better than us at all. They struggled and fumbled the same way as we did, it’s a shame we couldn’t turn it for our advantage.
We jumped to 10:11, then we equalized (11:11) around the 7th minute. Then came a Polish 3-pointer, Veličković equalized (14:14). 50 seconds were left until the end buzz, another 3-pointer by Zielona. Robinson equalized, the first quarter finished with 17:17.


Hatcher in a Polish sandwich 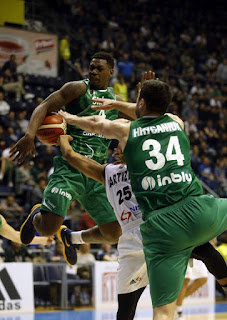 The second quarter was a bit more exciting. Zielona Gora was leading again (19:22), but then we quickly took the lead and even kept it unti the half-time. We played with self-confidence, Average Fan naively thought it could still turn out as a great match after that struggle in the beginning. In the 7th minute we were leading to 33:25, and then the Polish team started to come up, step by step. It was all unnoticed, they scored one basket in each minute. No joke. One minute, one basket. And we scored NONE, unbelievable. The half-time was 35:32, it was high time for a break. 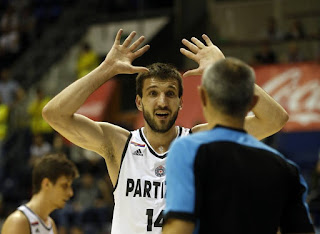 The third quarter was a nighmare.
We scored 6 points. SIX POINTS. Not more, not less.
Six points.
Our first score came after two and a half minutes (37:32, Veličković). A minute later Ratkovica scored the next (39:32). The head coach of Zielona Gora got fed up and asked for time-out. All right. We walked back to the court. The Poles scored their first basket after four and a half minutes in the second half, just the problem is that they could still score more than we did. They equalized in the 6th minute (39:39). Marinković scored our 6th point (41:39) and then we called it a day. At least for this quarter. During the remaining 4 minutes Poles came up to 41:45, because we missed out a terrible amount of chances, and lost the ball just too often (offering free steal or turnover to the guests). 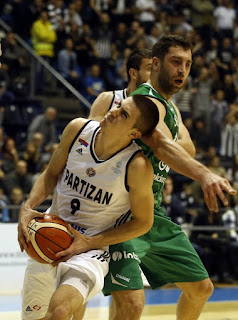 The fourth quarter brought no good either. Both teams struggled, with a LOT OF missed-out attempts on both sides, especially 3-pointers.

Duško Vujošević would have torn the whole team’s head off at this point and kicked out everyone from Pionir Hall, one after the other. (I don’t care that it’s officially not Pionir Hall anymore, for me it will always and forever stay as Pionir Hall.)

By the way, we were excellent in blocking. If basketball had been played for blocks, we would be champions, for sure.

In the 6th minute we equalized (48:48), but Poles again took the lead and it all looked especially sad. Barely 2 minutes were left, they were leading to 50:54, but then entered Novica Veličković and equalized (54:54). 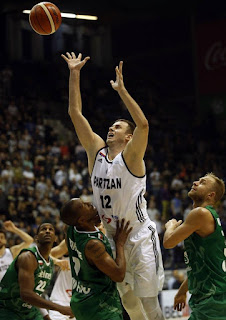 What is more, Ratkovica took back the lead from free throw (56:54).
Less than 30 seconds were left, Zielona Gora equalized (56:56). Partizan attacks. 11 seconds are left. Novica Veličković scores (58:56). One very last attack by Zielona Gora. Only one second is left... and Florence slips out through the sideline in the critical moment, when he was just about to throw the ball. The referee whistles it off. We get the ball, and the game is over.
Over and out.
PS: Does anyone know why Andrić didn’t play even a minute?


We won, but we have nothing to be proud of 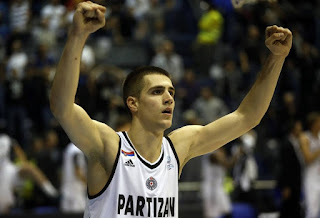 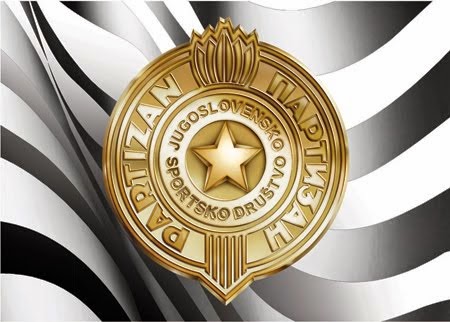 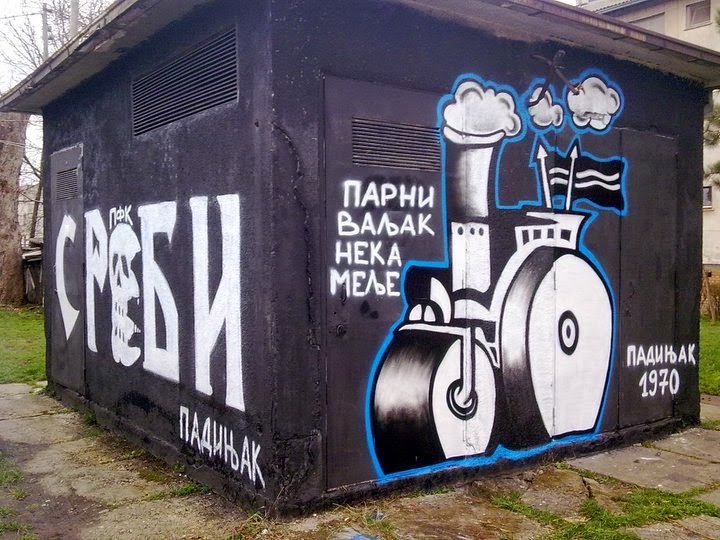